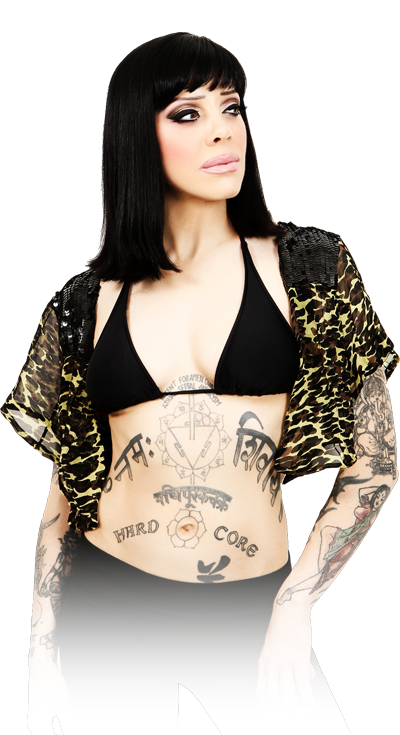 Her career heights have taken her around the world on tour – from Russia to Central America, from India to touring all over the U.K., Europe and North America – for twenty years – and into your homes via The Tonight Show and Buffy The Vampire Slayer, starring in feature films, and winning awards – from MuchMusic to West Coast Music Awards. Everyone knows who Bif Naked is, she is a legend and an icon.

Bif Naked has pushed the boundaries of acceptability since day one. Her screaming loud creative has never been muzzled as she has unleashed a continual and seemingly endless string of blazing live performances, recordings, videos, quotes, sound-bytes, spoken word, and visuals that have established Bif Naked as one of the most acclaimed and interesting performers to grace the rock stage.