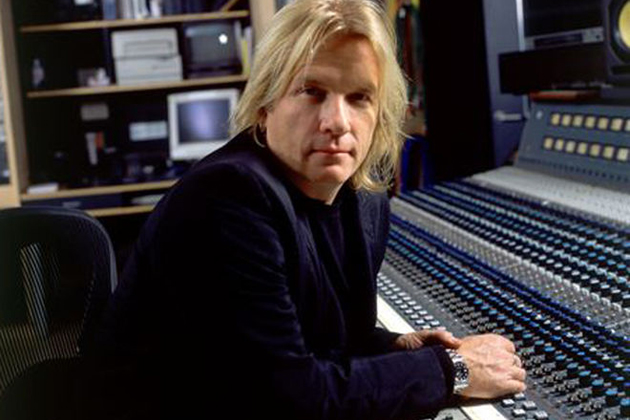 A master producer, Bob Rock has long been a fixture in the Canadian music industry and a coveted studio player to international superstars. Thanks to a set of skills both versatile and in-demand, his name has graced the credits of multi-platinum albums ranging from heavy-hitting metal and rock to pop and adult contemporary.

Rock has produced and engineered albums for Aerosmith, Bon Jovi, Cher, Metallica, Mötley Crüe, The Cult and Nelly Furtado, just to name a few. The Tragically Hip notably took time out of their tour schedule for 2006 album World Container (yet another Rock-produced and JUNO-nominated work) to join the man on stage as he accepted his official induction into the Canadian Music Hall of Fame.

“It is an honour to join great producers like Bob Ezrin, Bruce Fairbairn, Daniel Lanois, Jack Richardson and David Foster in the Canadian Music Hall of Fame,” said Rock. “They are all giants of the industry, and to be recognized means that I had to have worked with truly great artists. I thank them for their confidence and inspiration.” Rock has also been recognized with more than 20 JUNO nominations in various categories related to producing, engineering, composing and performing.

Born Robert Jens Rock in Winnipeg, Manitoba, he moved and grew up in Victoria, B.C. He began his music career as an original member of the ’80s rock band The Payolas, best known for the hit single “Eyes of a Stranger.” He also ventured out with Payolas lead singer Paul Hyde to form the band Rock & Hyde and recorded “Dirty Water,” which became a hit in Canada.

Despite his early successes as a performer, Rock would soon turn his attention to producing. He started out putting his studio touch on recordings by Canadian punk bands as well as his own music with The Payolas and quickly built up a reputation within the hard-rock community.

Rock is perhaps best known for his long-standing role as producer for Metallica, one of the world’s most iconic metal bands. He produced six consecutive albums for the group, beginning in 1991 with the self-titled Metallica (also known as The Black Album due to its stark cover). The album was the band’s mainstream breakthrough, their most successful release and one of the highest-selling albums of all time worldwide.

Rock continued to produce subsequent Metallica releases, including Load (1996), Re-Load (1997) and covers LP Garage Inc (1998). He’s also featured in Metallica’s unflinching 2004 documentary Some Kind of Monster, which details the making of St. Anger at one of the most turbulent times in the band’s history.

Rock has also worked as a recording engineer on many notable projects: Bon Jovi’s Slippery When Wet, Mötley Crüe’s Dr. Feelgood, Veruca Salt’s Eight Arms to Hold You, Loverboy’s Get Lucky and The Cult’s Sonic Temple are prime examples. He also produced albums for many fellow Canadians, including Bryan Adams, Jann Arden and Our Lady Peace.

In the mid-90s, Rock relocated to Maui, Hawaii, and built his own studio there. Artists as diverse as Michael Bublé and The Offspring have flocked to the island property for years, eager for a chance to record with one of the most respected names in the industry.