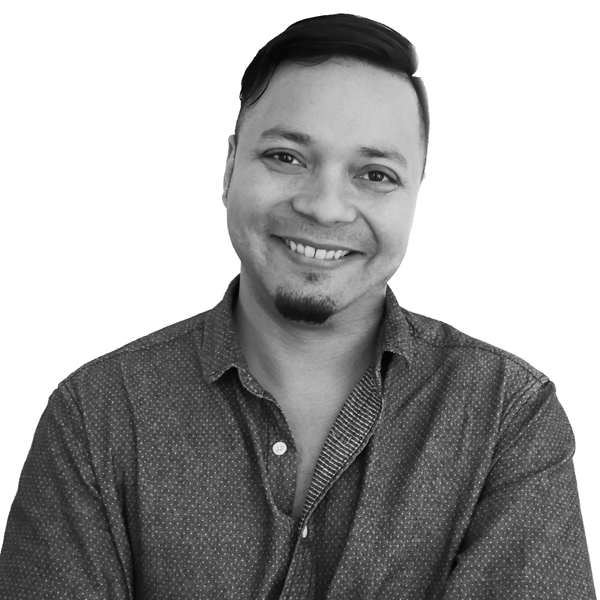 I was born in Trinidad & Tobago and grew up in the Andes mountains in Mérida, Venezuela and Austria before arriving in Canada at the age of 11. My Mother was a professional visual artist and sculptor and most of my time was spent either in her workshop learning with her, travelling, or lost exploring the pristine Andean forests that surrounded us.

I knew from an early age that music would be my path, and I quickly started absorbing the music and culture that surrounded me, having limited resources shaped me into teaching myself and even make my own instruments, and I was able to learn a variety of traditional South American music as well as classical piano and even Indian kirtan music while living in an ashram in Vienna.

When I arrived in Hamilton, Ontario I very quickly gravitated towards both the live music scene and the nascent electronic music scene that was heavily influenced by Detroit during the early ’90s, as a result I was so inspired that by the age of 14 I regularly performing both in clubs and underground warehouse parties using a combination of analog gear and self-made instruments.

At the age of 19, I graduated from the Media Arts Program @ Sheridan College with a focus in Sound Design for film, and I started straight out of school to freelance full time creating music and sound design for a myriad of projects in all kinds of mediums. For the following 6 years, I travelled extensively and performed in Canada and South America ( with some major time spent in Brazil) before settling in Montreal, Canada in 2005. Having arrived with only 2 suitcases, I somehow was able to set up a studio and within 6 months had built a multi-studio facility that eventually became La Hacienda Creative.

The pivotal moment was when I worked on my first ever videogame “Papo & Yo”, for the first time I was able to express myself as an artist and create music that was both deeply personal but also was part of something much bigger. These days I continue to create and push my personal boundaries with every new project I take on – constant experimenting and the fusion with new tools and knowledge on a constant basis is my mantra.