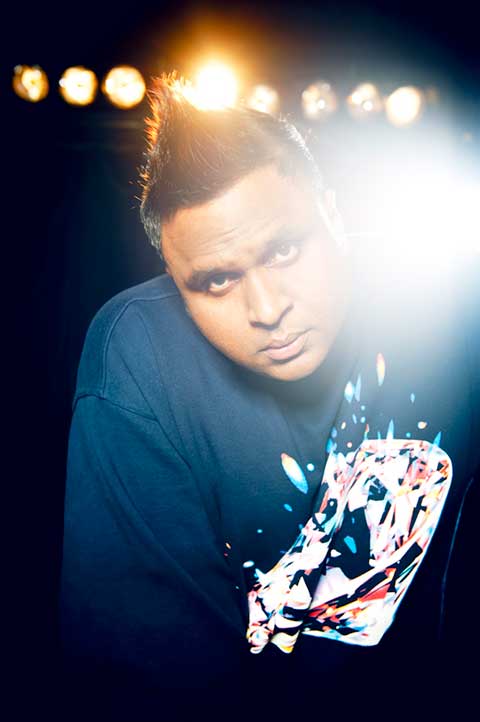 Chin Injeti is a Canadian singer, musician, and music producer. Born in India, his family emigrated to Canada when Chin was 5. After being diagnosed with polio, much of his childhood was spent battling and recovering from the disease. It was during this recuperation time that Chin took an increasingly passionate interest in music, eventually picking up a bass guitar and mastering the instrument. In the early 1990s, he met Roger Mooking and Ivana Santilli, and with them co-founded Juno award-winning group Bass is Base.

When Base Is Base disbanded in 1997, Chin dove into production work, and has since built an impressive resume which includes work with Dr. Dre, 50 Cent, Eminem, and Drake.

His latest project is a new album entitled The Reverb (named after one of Toronto’s now defunct live music venues), released under his own name in 2014.