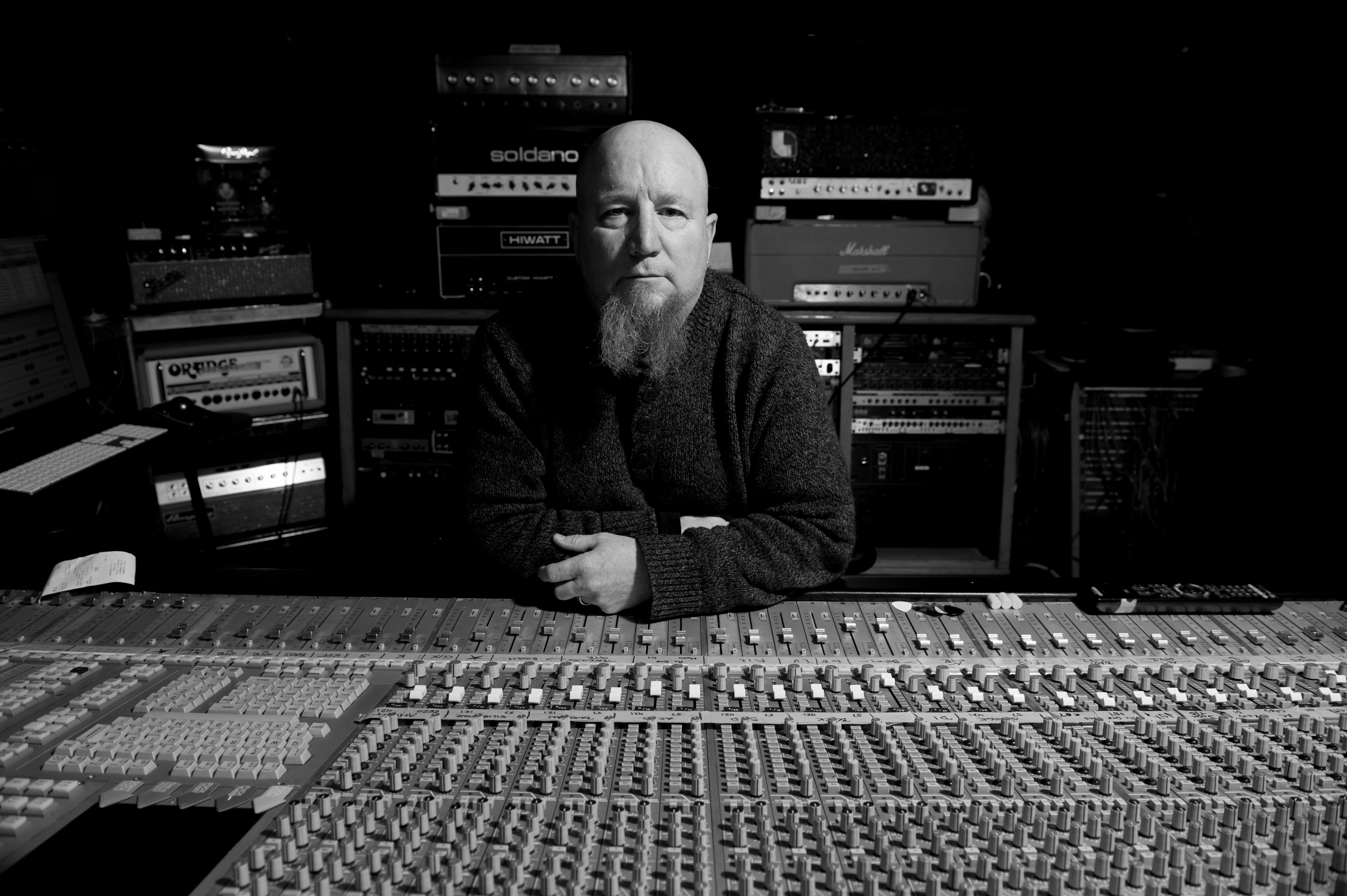 Growing up in the music industry under the wing of his father, Jack Richardson (long considered the grandfather of the Canadian Music industry), GGGarth Richardson’s life has always been filled with music.

GGGarth learned by doing and was never afraid to get his hands dirty. After spending time in Los Angeles at the insistence of renowned producer Michael Wagner, he went on the road providing live sound for a variety of bands. He then landed a job at Phase One studio in Toronto where he trained alongside Bob Ezrin, Brian Christian and Jack Richardson.

GGGarth has been nominated for many Juno awards over the course of his career, with multiple nominations being for the Jack Richardson Producer of the Year Award. This is of special importance, as the award is named in honour after GGGarth’s father, Jack Richardson.

GGGarth has worked with some of the music industry’s most beloved and exciting bands including Red Hot Chili Peppers, Ozzy Osbourne, Kiss and Alice Cooper, and 2013 Best British Band winners, Biffy Clyro. GGGarth produced and engineered Rage Against the Machine’s self-titled debut album, the album earned him a Grammy nomination for his engineering work and secured his place among the world’s top record producers.

The GGGarth produced track “Killing in the Name of” (Rage Against the Machine) earned number 1 spot for the UK Christmas single in December 2009 and remains on the Billboard charts to this day. GGGarth was involved in the co-production of K’Naan’s “Wavin’ Flag” with Bob Ezrin, which won 2011 Juno Award for single of the year. Head of the Herd’s “By This Time Tomorrow” quickly took the #1 spot on Canadian Rock charts. View Garth’s full discography here.

GGGarth Richardson’s dynamic discography includes some of the world’s most vibrant albums, many recorded in Vancouver at his own state-of-the-art The Farm Studios. He is the owner of Vancouver Rockspace and co-founded Nimbus School of Recording Arts alongside Bob Ezrin.