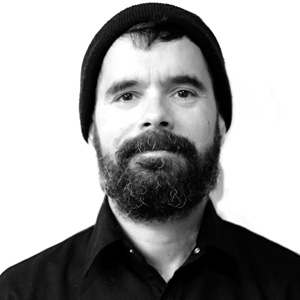 Having begun his artistic activities in 1994, he drummed for Peacemaker and Pimps, the latter being an alternative rock band quite famous within the Brazilian independent rock scene, opening for acts such as Sepultura and Racionais MC’s. With a desire to dwelve into the technical aspects of music, Jera relocated to Los Angeles in 2000 where he enrolled on the prestigious Musicians Institute as a music engineering undergraduate. The new endeavor had him work with legends such as Virgil Donatti, T.J. Helmrich (Tribal Tech), Planet X and Dennis Chambers, besides metal act Diesel Machine, which featured future Soil frontman A.J. Cavalier as well as future Damageplan frontman Pat Lachman, alternative rock band Clockwork and his own hardcore project, Dive.

Back to Salvador in 2001, Jera designed and started his first studio, Vértice. Focusing mainly on independent rock artists, Jera recorded, produced, mixed and/or mastered, until 2008, more than 40 albums, many of which were critically acclaimed by Brazilian and worldwide specialized media. Such artists included Automata, Malefactor, Headhunter D.C., Cobalto, Drearylands, Veuliah, Plane of Mine, Madame Saatan and Yun-Fat, to name a few.

Parallel to being a now renowned producer, Jera garnered accolades for the works with his new band, Automata, loved at their hometown and praised throughout Brazil as a hot independent act since 2003. As Automata progressed, Jera worked as a video editor and photographer, mainly as hobbies, when, in 2008, simultaneous to the end of Vértice and the start of his new studio, 60, he formalized himself as a professional photographer and videomaker.

Shooting mainly music shows and promotional material for bands as well as music videos, Jera seeked to continue evolving as a videomaker and photographer, as well as a sound engineer and record producer, with 2011 offering him great experiences. Partaking on a week-long mixing master class in France by stellar mixing engineer Andy Wallace (Jeff Buckley, Rage Against The Machine, Nirvana) was an immense contribution to this process. Now relocating to Canada, Jera will soon embark on new ventures, all of which will be announced at his official web site and facebook page.