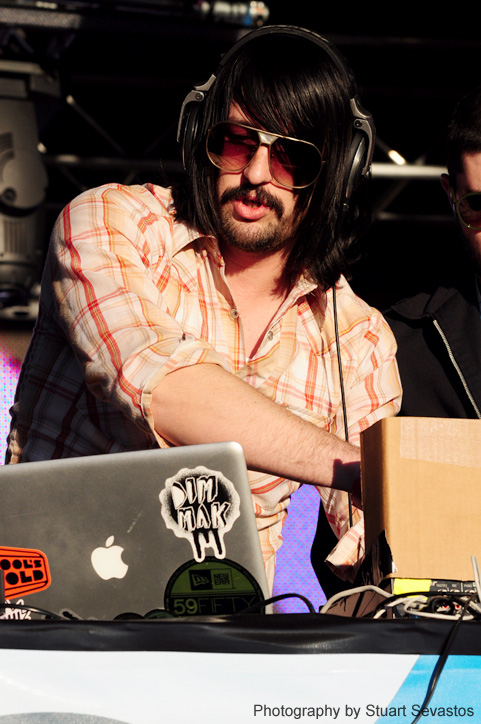 Jesse Keller’s music career began as the bassist for a handful of pop-punk bands in Toronto during the 1990s, most notably Black Cat #13. A year after the group disbanded, he would find his next musical collaborator in the form of his then roommate, Sebastien Grainger, with whom Jesse would form Death From Above 1979. After touring extensively for four years, “DFA79″ decided to take an extended hiatus (inaccurately termed a “break-up” at the time), which allowed Keeler the chance to dive into his next project, MSTRKRFT.