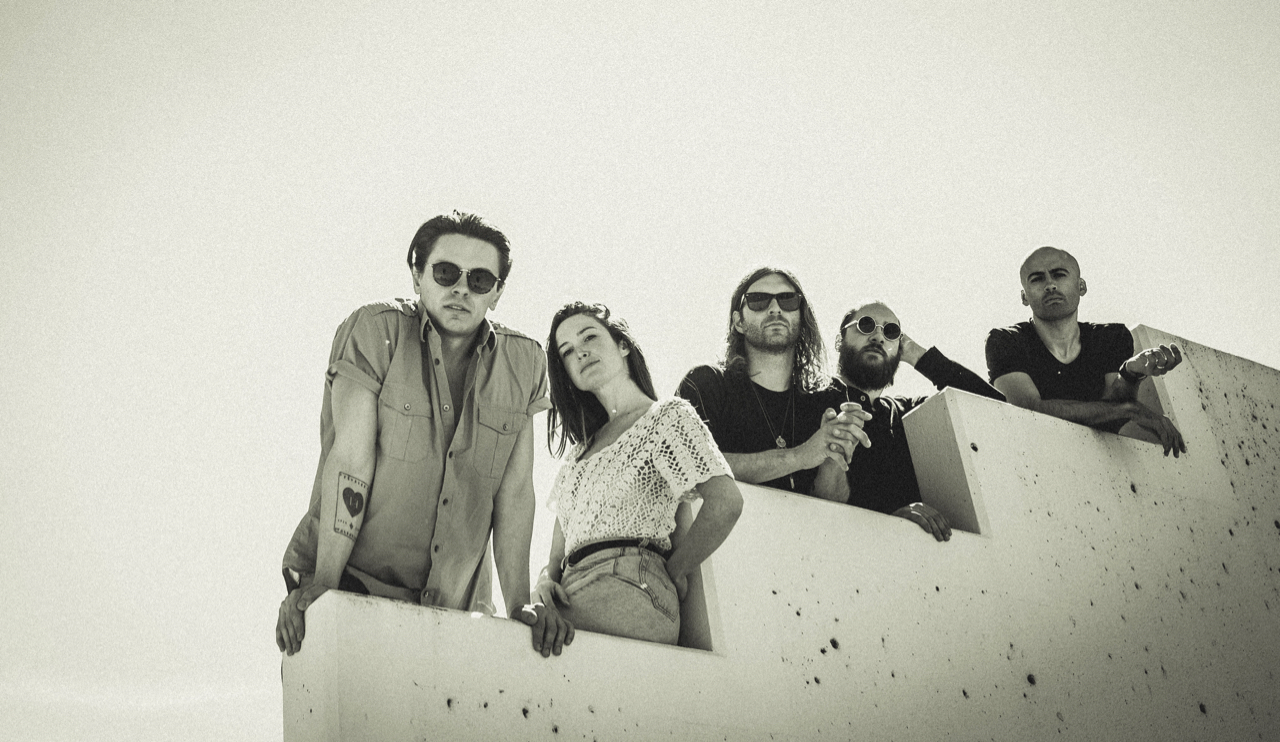 In October of 2012, July Talk celebrated the release of their self-titled, independently released debut album before a couple hundred bodies crammed into the claustrophobic, low-ceilinged confines of Toronto’s legendary Horseshoe Tavern. Three years and roughly 20 tours later, they were playing a homecoming date at Ontario’s WayHome Festival for tens of thousands of ecstatic souls shouting the words of their songs back at them. Sure, a lot had changed in the interim: Their debut record had become a staple on modern-rock radio, earning the band a gold record in Canada and a Juno Award for Alternative Album of the Year, while worldwide deals with Island, Polydor and Universal had spread the good word overseas. But one fundamental quality of July Talk’s performances had remained unchanged: the jugular-seizing power of their confrontational, sensuous rock + roll. Whether you’re experiencing it in the dingiest basement dive or the biggest festival field, a July Talk show makes you feel like you’re a part of some secret-society congregation. It’s a gathering of kindred spirits united by a desire to escape the institutional pressures and LED distractions of our daily lives to reconnect with something real—a primal, fiercely physical remedy for mind-numbing, glassy-eyed smartphone addiction.

When it came time to draft the action plan for album number two, July Talk turned to the only focus group that mattered: those sweat-soaked fans slithering up against one another to lose their minds and morals at the band’s electrifying concerts. That’s the space where the blinding contrasts in July Talk’s music—Leah Fay’s crystalline communiqués vs. Peter Dreimanis’ three-cartons-a-day bark; greasy southern blues vs. urbane new-wave cool; sexual tension vs. cathartic release—collide with thundercloud force, and their new record, Touch, represents its perfect, lightning-in-a-bottle distillation.

Produced by Ian Davenport (tapped for his work with kindred spirits Band of Skulls), Touch has now gone on to win the 2017 JUNO Award for Alternative Album of the Year, earn two #1 singles at radio with “Push + Pull” and “Picturing Love” and sell out a cross-Canadian tour.