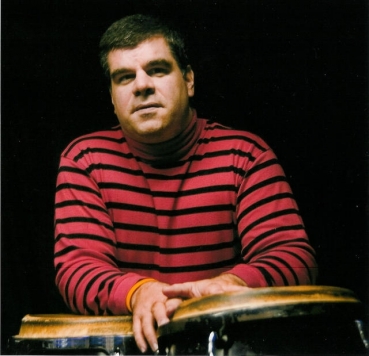 Luis Orbegoso (known in the latin recording industry as “Luisito”) was born in Lima, Perú in 1971 and moved to Canada in 1972. He became an honoured graduate of the Humber College Music Program in 1994 and has been a member of the Toronto Musicians Association since 1993. Luisito was a student of Memo Acevedo (professor of percussion at New York University) and jump-started his career as a professional bongo player with Memo’s ground breaking salsa band “Banda Brava” in 1993.

Luis is a highly sought after teacher, and  has worked with students and professionals at universities, schools and festivals across Canada and in Germany, Colombia, England and Peru. He is also a record producer  working with many artists in Canada and abroad.