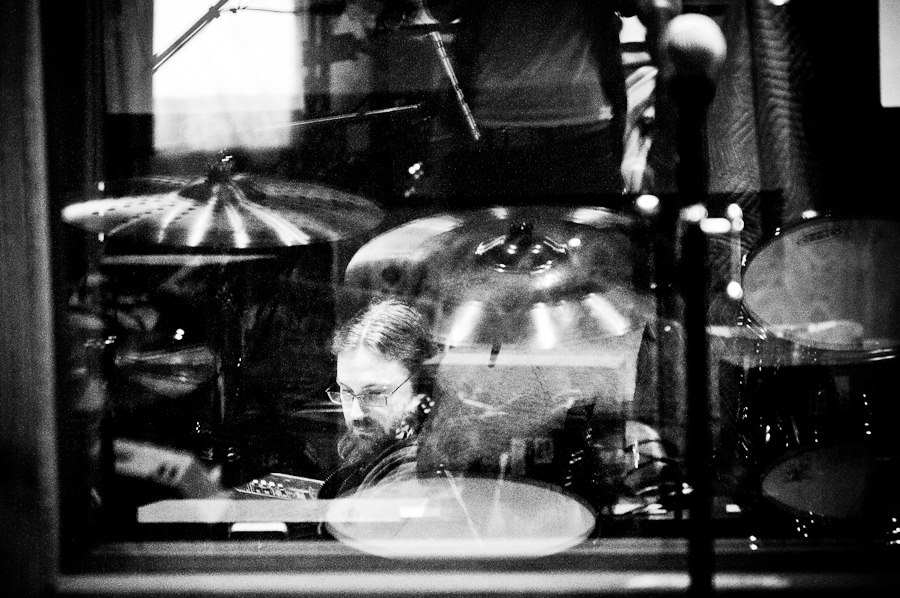 Michael Phillips was enamoured of music from the time he was in kindergarten, and decided early on that he’d like to take up drums. After a few years of unsuccessfully lobbying his parents to buy him a drum kit, he settled for trumpet in his school music class, but soon moved on to guitar. He formed the sort of metal and hardcore bands a young fledgling guitarist is expected to form, and when one of those bands entered a recording studio to record their first demo, Michael was immediately mesmerized by the gear and gadgets surrounding him. At the recommendation of the studio’s engineer, Michael applied to (and was accepted to) Fanshawe College’s Music Industry Arts Program.

While at Fanshawe, he delved into the worlds of MIDI, ProTools, analogue tape, and whatever else he could investigate. Upon graduating in 2000, he was immediately snapped up by Metalworks Studios for their internship program, followed by stints at Iguana Recording, Phase One and shortly thereafter as Tim Thorney’s personal engineer. After three years of working with Tim, Michael relocated to California to work with legendary producer/engineer Sylvia Massy at Radiostar.

Eventually, Michael found himself back in Toronto, and soon hooked up with one of his all time favourite producers, David Bottrill, with whom he still collaborates to this day.