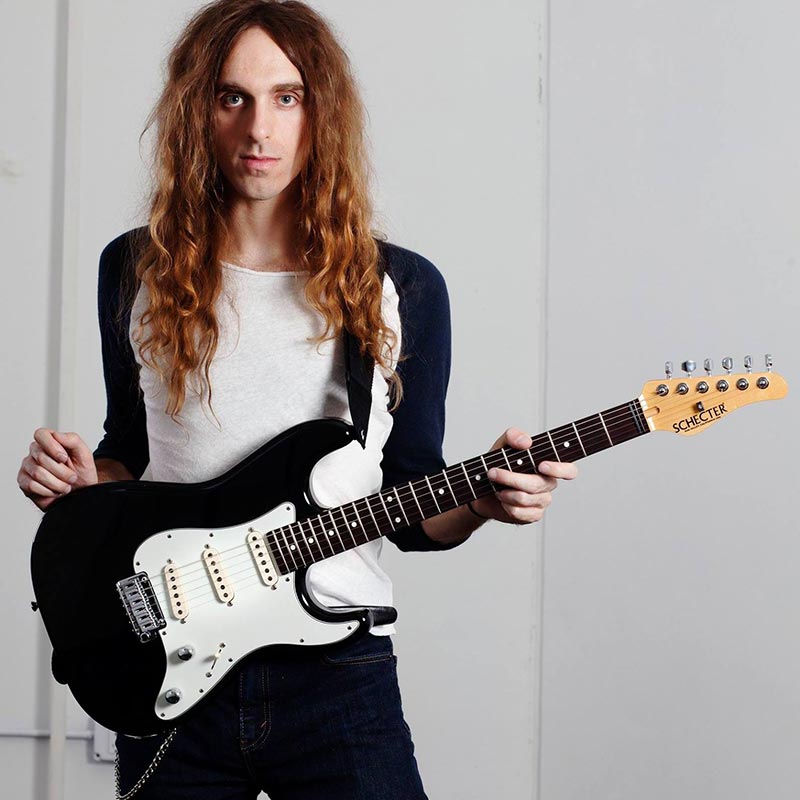 From humble beginnings as a small town teenager, hell-bent on mastering the guitar, to one of the worlds premiere virtuoso guitar players, Nick Johnston’s journey has been a wild and fulfilling one. With four studio albums, countless tours and clinics around the world, a signature guitar series with Schecter, and acclamations from just about every legendary guitar player on the planet, Nick Johnston has shown what practice, persistence, and a unique viewpoint can accomplish.

Nicks sound and approach to the guitar are highly unique, born of a love for everything from the blues to classic sci-fi scores, and an unabiding penchant for storytelling. His songs, though instrumental, paint vivid and telling pictures. From an intimate moment, to a vast and timeless narrative, his music conveys a larger story than most instrumental music is capable of.

2019 sees the release of Nick’s fifth studio album, “Wide Eyes In The Dark”. An instrumental prog rock epic that journeys through a grand spectrum of human experience. With this release, Nick accomplishes the complex and grandiose nature of progressive rock, while avoiding the heavy-handedness and over-playing that often comes with the classification. This album is the product of two years spent writing, refining and recording the songs, all the while traveling the world and experiencing life as a solo musician. The music takes a tone both more dramatic and mature than Nicks previous records, exploring more dark and ominous themes than ever, as well as lighter ideas that are severe in their earnestness and optimism.

Each of Nick’s records is brought to life by a cast of world-class musicians, and “Wide Eyes In The Dark” is no exception. This record’s line up features; Benny Greb on drums, Kevin Scott on bass, and The Contortionist’s Eric Guenther, who played an immense roll on this album both as keyboardist, and as Nick’s closest collaborator to date. This ensemble work in tandem with Nick to make “Wide Eyes In The Dark” a new benchmark for what progressive instrumental music can accomplish.