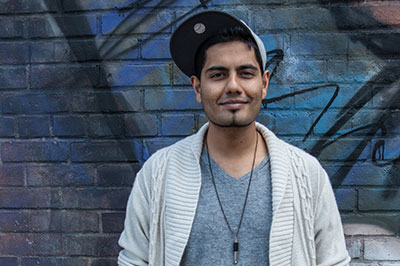 Omar Riad has been working in music production for over a decade. Originally an urban hip-hop producer, he’s branched out to various genres, including dub step, glitch, house, and world music.

Omar “Ridiculous” Riad has toured throughout North America, Europe, and Asia, an completed a degree in Cognitive Neuroscience and Psychoacoustics at the University of Toronto.

An Audio Production & Engineering grad (2010), Omar’s currently working as an engineer at Mushroom Studios. During his time at Mushroom Studios, he has worked as assistant engineer for artists such as Jarvis Church, Kreesha Turner and Marcy Playground.