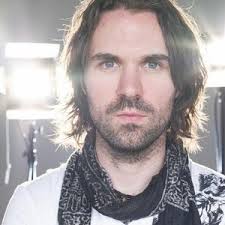 Balancing his life as a freelance producer/engineer with one as an artist/songwriter, Ryan McCambridge has spent the better part of his life in recording studios. His audio career formally started in post-production and multimedia on Gemini-nominated projects with major networks including Disney, Warner Bros., CBC, and Bravo. His musical background led him to working on projects with Canadian artists like Glass Tiger, Erik Alcock (The New Royales), Luke McMaster, Alan Frew, Lukas Rossi, Mark Masri, as well as international artists like Centao (Austria), and Eikostate (Spain), among others. On location, Ryan has recorded members of Tafelmusik and the Toronto Symphony Orchestra, as well as international artists like Harry Connick Jr., Florida Georgia Line, Dean Brody, Hedley, and the Eli Young Band.

In collaboration with Grammy-winning producer David Bottrill, Ryan recently launched his solo project, A Calmer Collision. An early demo won a finalist spot in the John Lennon Songwriting Contest and has garnered attention for the former writer and frontman of the band Recovery Child. Recovery Child had frequented the CMJ US charts, won Astral Media’s renowned Rocksearch contest, and charted on commercial rock radio in Canada, setting a foundation for A Calmer Collision.

With a commitment to empowering other artists and up-and-coming engineers, Ryan has also taught workshops, been a part-time instructor at Ryerson University, and is a regular contributor for publications including Professional Sound, Audio Pro International and Canadian Musician, as well as his own audio production blog, Bit Crushing.

Press:
"It's pretty rare that a piece of gear changes everything about how you work. As far as I'm concerned, the Universal Audio Apollo is paradigm shifting. My friend and colleague, David Bottrill, first adopted the Apollo and his incredible mixes on it completely won me over. All of my work as of late has incorporated the Apollo and the UAD plugins have become an absolute necessity to my productions and mixes. "I recently released the first single for my new music project, A Calmer Collision. It was produced entirely in-the-box on my Apollo and then mixed by David Bottrill on his Apollo. There was no analog equipment used in the mix and yet the depth and width are remarkable. For me, as an owner of a lot of analog outboard gear, it really dispels the audible side of the analog/digital argument. Those who are non-believers haven't spent enough time working with the UAD plugins, which are fantastic, and yet remarkably continue to improve with new releases." -Ryan McCambridge