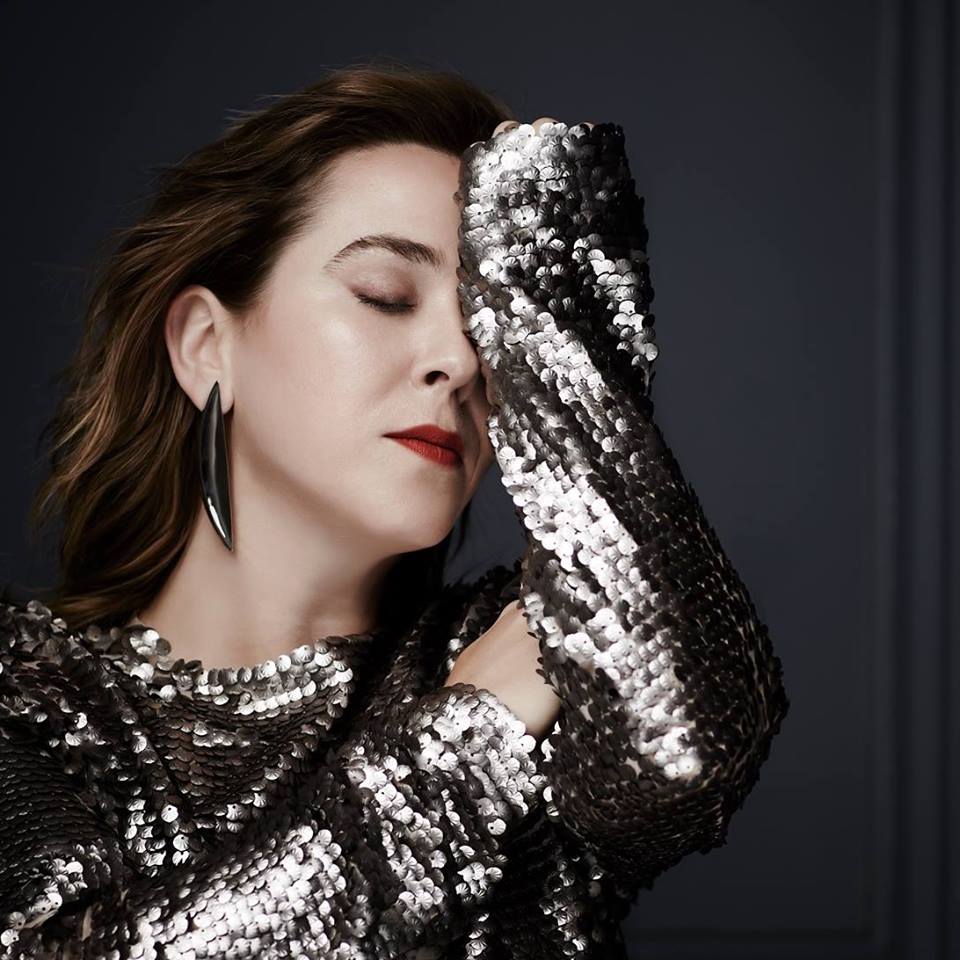 For Serena Ryder, music is medicine. It’s the thing that soothes any ailment, and it’s the reason to keep going, even when times get tough. Ryder has always been compelled to write songs, both because she loves creating music and because it heals her, inside and out. The Canadian singer-songwriter, who is currently based between Toronto and the Los Angeles neighborhood of Silverlake, started playing guitar and penning songs as a teenager. She’s unveiled several albums, including her successful 2012 record Harmony, and now Ryder is prepared to bring her thoughtful, emotionally driven tracks to a bigger audience.

The musician’s new EP, Electric Love, contains six songs that reveal this sentiment. Written and recorded over the course of three years in Nashville, Los Angeles, Toronto and London, the songs were culled from nearly 100 that Ryder has created since Harmony’s release. After she’d finished touring on that last effort, the singer left Toronto for Los Angeles, where she spent time riding her bicycle near the ocean and wandering through Venice. She was dealing with a bad breakup and wasn’t sure what to do next. “There’s this pressure of being able to match yourself and your past successes,” Ryder says. “I wasn’t really familiar with that feeling before this. But when I went to LA for a break I realized, ‘Actually I love my job. I love writing.’”

Electric Love contains six tracks that come from Ryder’s next album, which will follow later this year. Because they were written over several years, the songs encompass a variety of emotional tones and styles. Like many artists, Ryder often finds herself in different periods of highs and lows, which is reflected in these tracks. “These songs are amazing because they weren’t done over the period of a few weeks or months like I’ve done in the past,” she says. “The EP is really a spectrum for me of emotion in my life. I have a spectrum of different realities I go through. A lot of times I’ll either be in one or the other when I’m writing a record, but this was the full spectrum of what I experience.”

The title track, an anthemic pop song, marries its catchy hooks with its subject matter, centering on the undeniable connection between two people. It’s an uplifting number infused with the sort of electric energy it discusses. “It’s that spark that you can’t explain,” Ryder says. “I wanted to play around with that idea because it’s exciting when you feel that first spark and curiosity. It’s so alive and it’s such a blessing to experience it. It’s a song about the magnetic energy between two people. It goes beyond race, religion and sexual identity. Whether you like it or not, the force is out of your control and it’s up to the individuals to decide if they should to act on it or not – and I would.”

Much of the EP was co-written because Ryder finds herself most inspired when she’s in a room with another person. For her, music arrives in the moment, urged by what’s happening around her and who else is present. She finds herself inspired by the stories and energies of others, which led her to work with collaborators like Doc McKinney (The Weeknd), Tawgs, Simon Wilcox (Britney Spears, Nick Jonas, Demi Lovato), Josh Grant, Todd Clark and Derek Furnham. Her proximity to the ocean as she wrote and recorded in LA also came into play, infusing the songs with a sense of genuine wonder at the world. In the end, Electric Love asks more questions than it answers. Ryder uses the music to look at herself and to investigate human nature. “Maybe I’m self-centered, but I’m very curious about myself,” she says. “I feel like I can learn a lot about the world by learning about myself. But the more questions I ask the more questions I have. I know nothing, really. Maybe what I’ve learned in the process of writing this is that it’s okay not to know. To live in the mystery is more exciting than anything.”

The EP is an important next step for Ryder, who has won six Juno Awards and has had her songs placed in over 50 TV shows and commercials, including Grey’s Anatomy, VEEP and Suits. Her single “Stompa” is 4x platinum in Canada and she’s sold over one million singles from her previous releases. “Stompa” also hit No. 1 at AAA radio in the U.S. for eight weeks (the most weeks at No. 1 since Adele) and landed in the Top 10 at Alternative radio, Hot AC and AC. Ryder has shared the stage with OneRepublic, Kanye West, Sara Bareilles, HAIM, Pitbull and Melissa Ethridge, and proved herself as a strong live performer with an avid fanbase. It’s clear that listeners feels the same sort of healing in the music as Ryder does when she writes it. Music is the cure for anyone open to hearing it.

“The worst thing in the world is feeling alone and feeling like somebody doesn’t relate to you or that people don’t understand,” the musician says. “If I can make somebody feel like I know how they feel that’s such an amazing thing. You can hear a song and feel, ‘That song was written for me.’ I want to give that to people so they don’t feel as alone.”