Endorsee: Theory of a Deadman 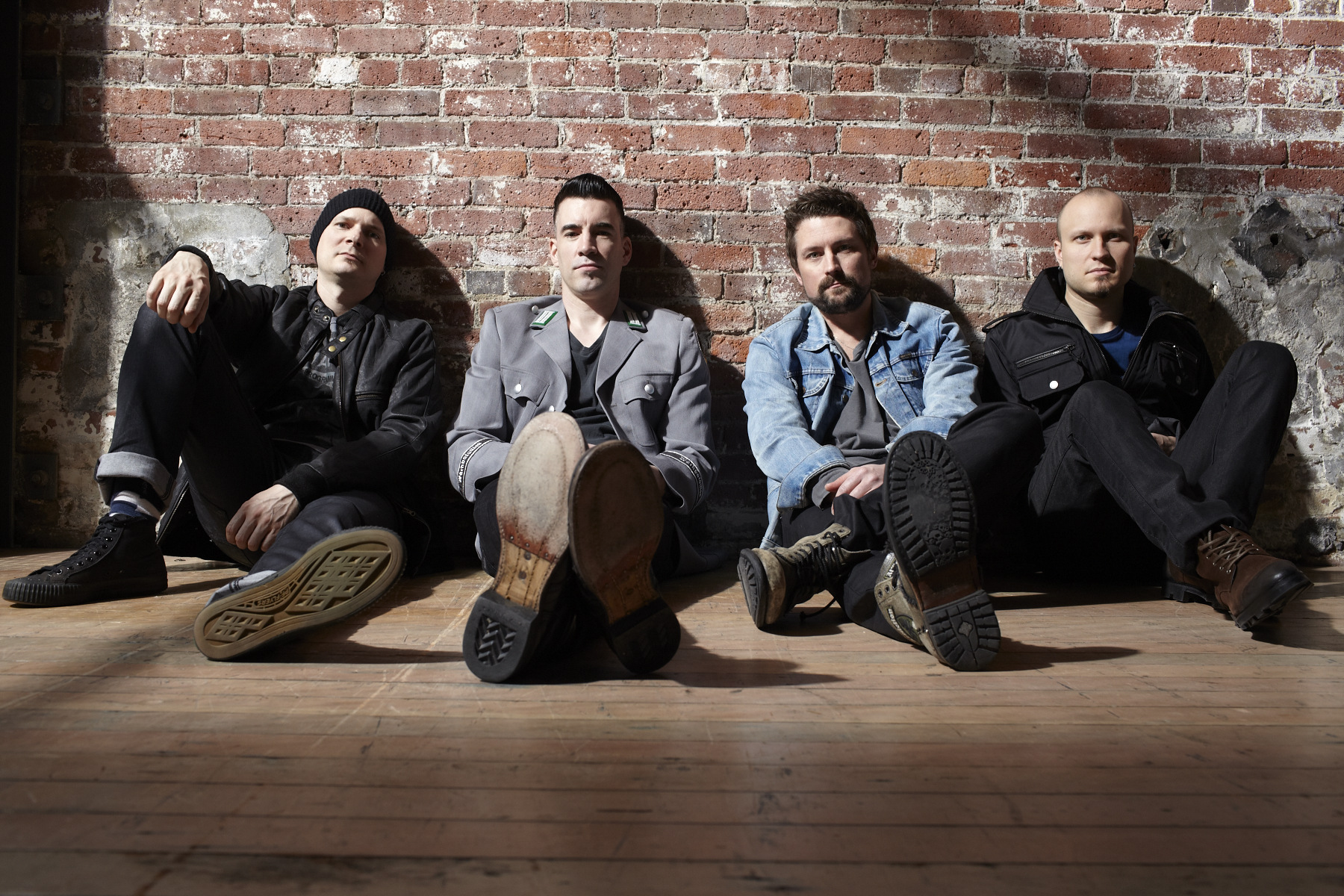 Theory of a Deadman is a Canadian hard rock band from Delta, British Columbia, formed in 2001. The band is currently signed to Roadrunner Records as well as 604 Records. So far, they have a total of seven top 10 hits on the Hot Mainstream Rock Tracks chart, including two No. 1 hits, “Bad Girlfriend” and “Lowlife”.

You know what they say, “When the going gets tough, the tough get going.” In Theory of a Deadman’s case, they go right to the studio. In the middle of 2013, the platinum-selling Canadian quartet began working on what would become its fifth full-length album, Savages [Roadrunner Records/604]. However, everything in their lives rapidly and unexpectedly changed. Whether it be a shakeup at their label, waning interest in rock at radio, or the downturn of society at large, a myriad of issues weighed heavy on members Tyler Connolly [Lead Vocals, Lead Guitar], David Brenner [Rhythm Guitar], Dean Back [Bass], and Joey Dandeneau [Drums].

So, Connolly channeled it all into his songwriting.

“It’s such a different record for us,” he asserts. “I’m known as the guy who writes all of the ‘breakup’ songs. It would have been typical to write more, so I did just the opposite. There’s something very brutal about our culture. I got nightmares from Terminator as a kid and, now, you can watch real murders on YouTube. We’re so desensitized. I went from writing about crazy women to how screwed up we are. That’s the theme. I’d spend twenty hours a day at my home studio. I became a weird recluse, and I even grew a beard. I dug in deeper than ever for these songs. I just said, ‘Fuck it’ and went for it.”

Once again teaming with super producer Howard Benson [My Chemical Romance, Halestorm] in the studio, he tapped into the same robust riffing and primal power that coursed through the group’s 2008 platinum-certified breakthrough, Scars & Souvenirs-which yielded the #1 Mainstream Rock Radio smash “Bad Girlfriend” as well as “So Happy” and “By The Way”. Lyrically, Connolly turned his attention to the state of the world around him and churned out the band’s catchiest and most crushing statement yet.

“This is Theory of a Deadman on steroids but not with the shrunken balls and b-acne side effects,” he assures. “It’s always been with us. This nodded back to our early material but with more musicality. I got to write about something other than relationships too, and I was excited to tackle new material. People seem surprised when they actually listen, but what were you expecting a fucking OneRepublic record?”

The band don’t apologize for anything. The first single “Drown” ebbs and flows between a staggering wall of distortion and an infectious chorus from Connolly. The tide comes in with one of the group’s biggest anthems.

“I tried to get up every morning and write a song, and that lasted three days before I quit,” he chuckles. “I wrote ‘Drown’ during the second day. It’s about being alone and finding contentment within that. It’s a metaphor. No one cares if you drown or not. It’s based on how I felt at the time.”

Meanwhile, the title track functions as the album’s clarion call, and it enlists a chilling spoken word and hypnotic harmony from none other than the legendary Alice Cooper. “I had never met him before,” recalls Connolly. “I got to fly to his house in Phoenix and work on the song. He’s a super nice guy. I stole the spoken word idea from Vincent Price in Thriller. Alice killed it. I was so happy to work with him.”

The album does uphold a tradition for Theory of a Deadman, bringing another ballad to the fold, though it’s not a “breakup song” per se. This time, “Angel” swings from a bright guitar into a heavenly refrain about a different kind of love. “I thought about being in love with an angel and how bad of an idea that actually is,” he explains. “Once you fall back to earth, you realize you have nothing in common, and you have to let her go.”

“Blow” treads the tongue-in-cheek terrain that the band excel at. Connolly even slyly sings, “Sometimes, it makes me want to blow my fucking head off” with a swaying swing. At the same time, they also stomp into new territory altogether with their first-ever proper “country” track. For “Livin’ My Life Like a Country Song”, the boys enlisted the guitar and vocal talents of Rascal Flatts’ Joe Don Rooney. As a result, they collectively tell a rollicking and raucous little tale worthy of Nashville.

“We’ve always had a bit of Southern rock swagger,” he goes on. “In this case, Joe Don Rooney countrified it, and it turned out great. We wanted to give our take on how all of these country songs are about losing your woman and your house. All you’ve got left is a case of beer, your dog, and your trailer. She’s gone, and you’re living your life like a country song!”

That songwriting prowess solidified Theory of a Deadman as a major contender in modern rock since their self-titled 2002 debut. Most recently, 2011’s The Truth Is… landed in the Top 10 of Billboard’s Top 200 Albums Chart upon its debut, while topping the “Top Rock Albums”, “Top Alternative Albums”, and “Top Hard Rock Albums” charts. In addition, it spawned the #1 radio hit “Lowlife”, which ruled Rock Radio for three weeks straight. Along the way, the group has toured with everybody from Alter Bridge, Stone Sour, and Godsmack to Daughtry and Motley Crue. However, Connolly and the guys always have the same goal in mind. “We want to give fans a great Theory of a Deadman record,” Connolly leaves off. “We owed them this album. It’s completely real, unrestrained, and unbridled. We want their acceptance above all. This is for them, and we’re all extremely proud of it.”

Savages is as tough as rock ‘n’ roll gets.